KCN vs Rapid Fixer vs Hypo

A side-by-side comparison of the fixers typically being used with wet plate collodion tintypes and ambrotypes.

A standard shot using 3 CFL’s to light. A 4x5 Graflex with a 5” Gem Petzval. The intent was to keep everything as consistent as possible only changing the fixers. A stopwatch was used for all timed portions of the process to keep things s precise as possible. Several plates were made to make sure a consistent image could be created. 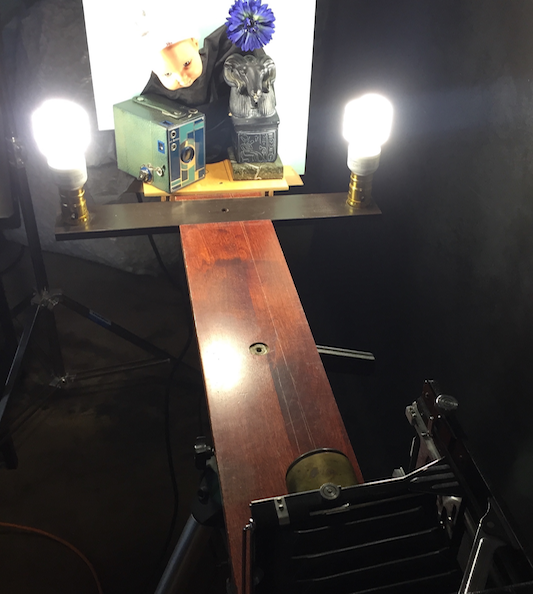 Speed to fix: KCN was the fastest, followed by the Rapid fix, with the hypo being the slowest.

The KCN created the warmest plates with creamy silver tones. The Hypo and the Rapid fix are much cooler in tone, with the Hypo being slightly warmer.

It is said that KCN is the easiest to rinse followed by Rapid fix, with Hypo needing the most rinsing.

The scan was made with all three plates at once; this way variation in scanning was minimized. The scan is fairly close to the actual plates.